My backpack strap buckle just broke, and I've been walking around with the upper and lower straps tied to one another, meaning my backpack straps aren't adjustable anymore. Here's a picture of the existing buckle. 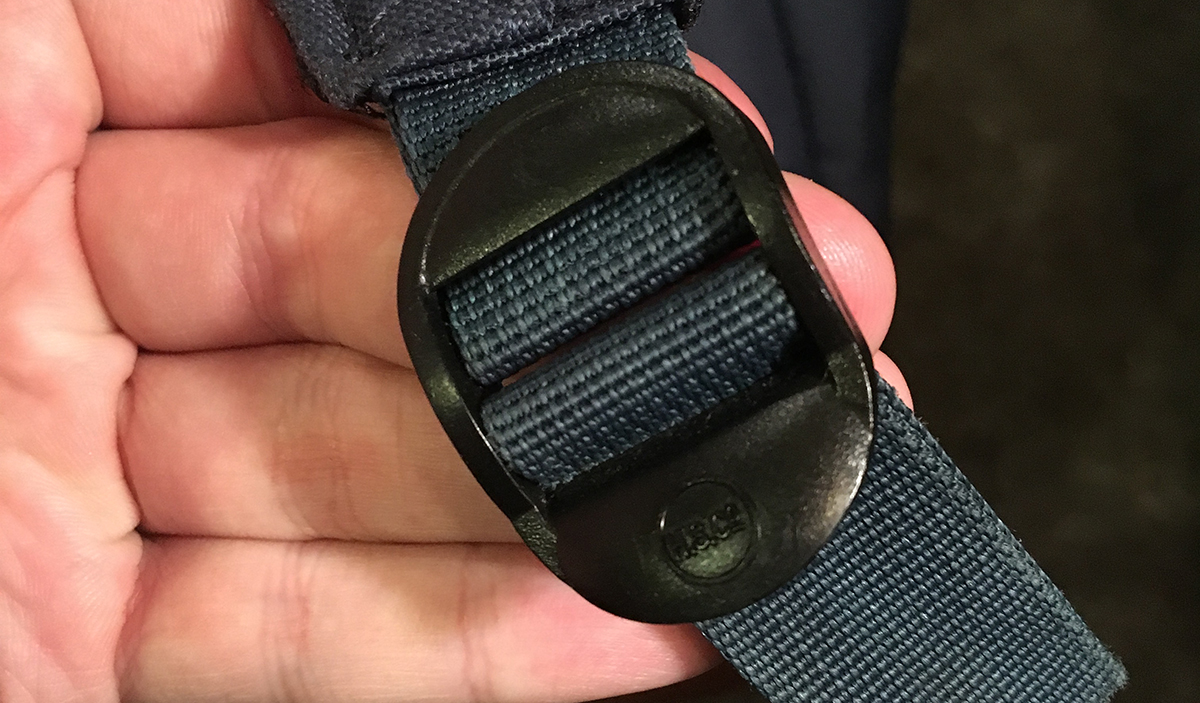 While there are replacements online, the top strap loop is sewn into the buckle. Though I could cut it and thread it into a new buckle, I wasn't confident I would be able to sew the nylon strap and have it be as strong as the factory seam. I thought I could print a new buckle that would allow for the loop to be threaded in and then secured with a bolt for strength. Here's what I came up with, one of my first designs in Fusion360, which I'm enjoying, but still getting used to.

This is where I think 3D printing is beautiful. I didn't have a normal bolt and nut of the correct size, all I had was a toggle bolt in my odds and ends box. The toggle bolt has a little threaded insert in the middle of the "wings" of the toggle, which I removed using some pliers. I dimensioned the insert out and made an indention in one side of the buckle design. I also designed the width of the buckle around the length of the bolt, so that I wouldn't have too much bolt sticking out of the nut.

The design has a lot of overhangs, mainly the big cylinder which the bolt passes through, the teeth of the cinch part, and the curved edge of the top surface (which is unbridgeable). I could have used the built-in supports in Slic3r or Cura, but I've been hearing a lot about these tree supports in Autodesk's Meshmixer so I decided to give them a try. Here's what meshmixer came up with. 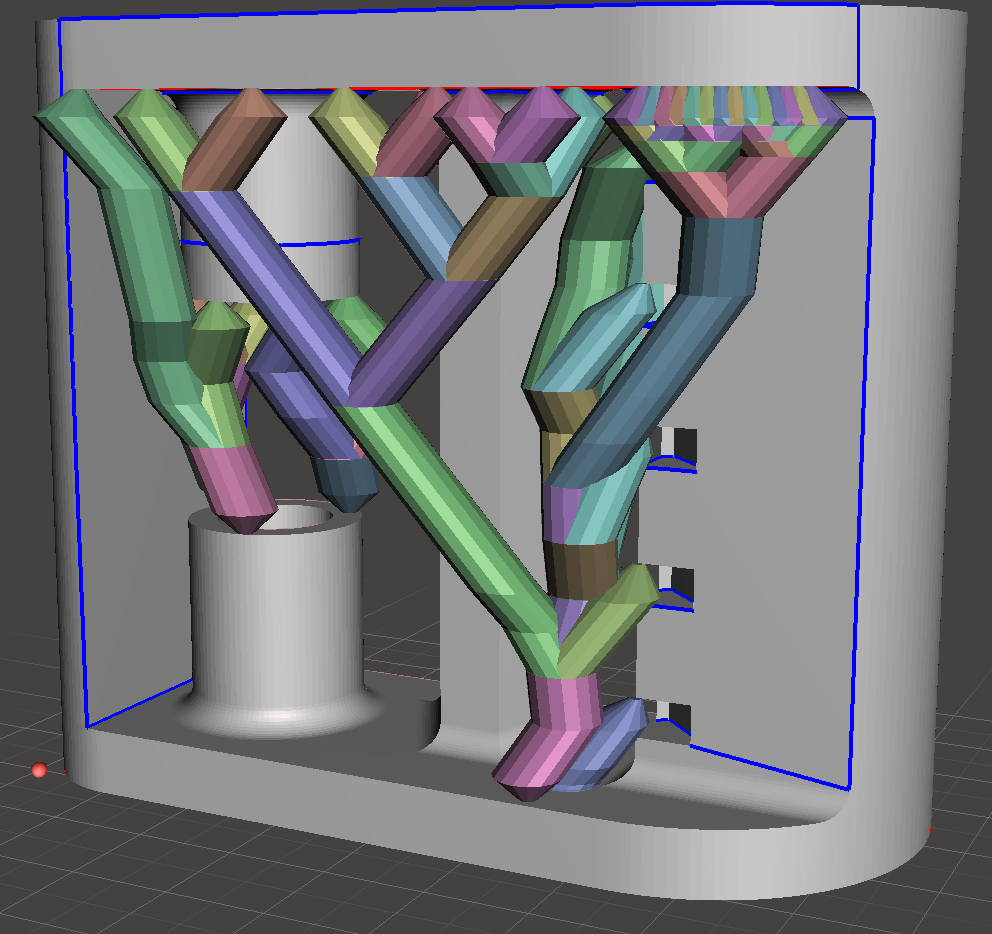 Here's how the part came out on the printer, and the supports separated with ease. I was very surprised the tiny stems of the trees didn't collapse during the print.

The toggle bolt insert popped right in to the recess I modeled (which was very satisfying). I was able to squeeze the nylon loop between the opening between the bolt sheath in the buckle, then expand it over the sheaths, before sliding the bolt through. The whole thing works a charm.