I suppose this is what I get for driving a 40 year old car. I was driving up the hill to the grocery store in Midtown a few days ago, I clutch in to downshift to take a right turn and slam. My foot hits the pedal and feels no resistance before bottoming it out onto the kick panel. I had just enough momentum to make the turn, roll down the street, make a turn into an alleyway, a right into the parking garage of the store, and down a level into a parking spot. Thanks Newton.

I was initially worried that something in the transmission had gone, but I set my phone under my transmission and moved the clutch pedal back and forth, and noticed no movement. I ordered a clutch cable, and thanks to the jBugs people who purchased this item also purchased section on their website I was instructed to purchase a clutch cable hook as well. This came in handy. Seriously though, has anyone ever actually used that section before? The hook ended up around five dollars, so it was a low-risk investment. 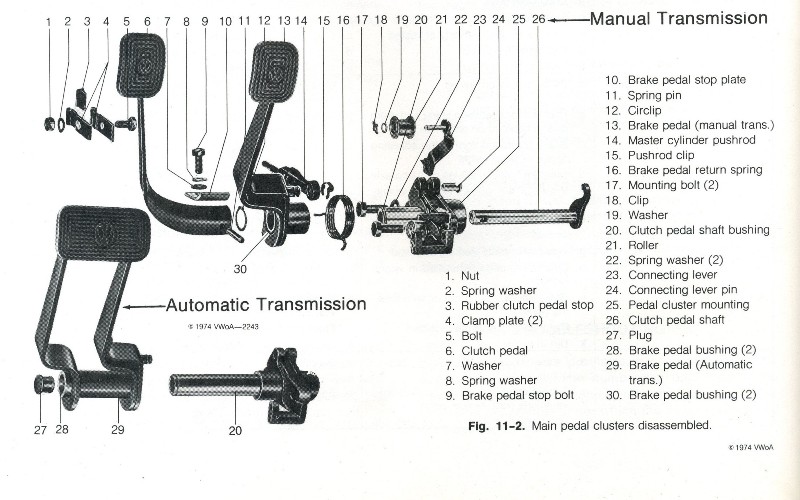 The cluster is actually kind of an ingenious setup. The gas pedal isn't on the diagram, though the spring mechanism is on the very right. The brake pedal mounts to the cluster with a ring, and the clutch cable hook then feeds through the hole in the middle of all of the components to attach to the pedal. There's a pin that feeds through the pedal and the cable hook.

Turns out, the cable was perfectly fine. The clip on the end of the cable had actually worn completely through the thin part of the cable hook. I suppose just after repeated actuation it slowly eroded the metal. It was really rewarding to open up the cluster and pull out a broken hook, just because I had bought it.

The repair was super easy actually. Just a little strange getting the springs back on the cluster (I hate round springs). I had lots of help from my good friend Colin (who is pictured beautiful below), together it took us around 2 hours before I was back on the road. 10/10 - would replace clutch cable again. 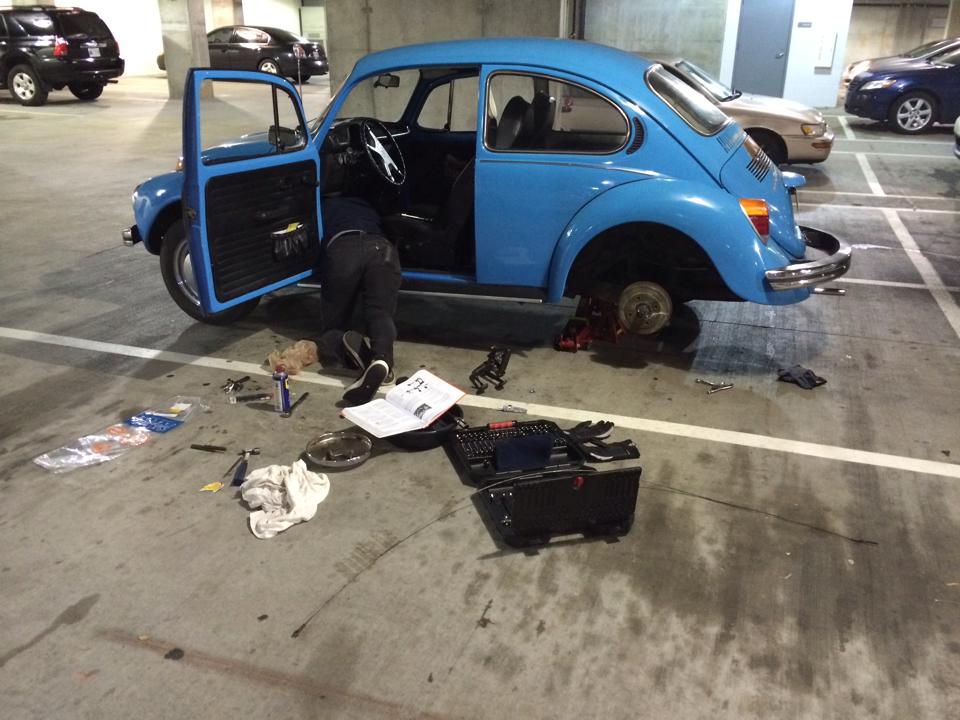