I've wanted to learn Solidworks for a while now. Obviously not going to be a total power user anytime soon, but I wanted to know enough to be mildly dangerous. I'm about to rebuild my Volkswagen's engine and while doing the teardown last semester I discovered that the engine stand I bought is just too big to fit the engine on. It's geometrically impossible to align the fingers with the holes on the back of the engine case. Even if I could, the fingers are large tubes that would dig into the flange on the back of the engine. I want to make something to adapt the two. My friend is helping me along the way, but I would like to do the final design.

Solidworks is provided to Georgia Tech students for free. A slightly painful install later and things were up and running. I was actually pleasantly surprised to find the included tutorials. I walked through the first four or five and made the various items they had to model. I found the constraint system to be really intuitive coming from Cocoa/UIKit's autolayout system, things made pretty good sense. The tutorials also were in a really natural order. You learn extrusions and extruded cuts first, which helps teach the sketch tools. With these you build a simple little box using the shell tool and finish things up with the fillet tool. The first tutorial also teaches how to make assemblies.

The next part teaches drafts and mirroring to make a little knob, it also introduces some more complicated uses of the fillet tool. The candle holder introduces revolving and sweeping. The hammer head introduces lofting. The torch (I think?) tutorial shows how to use equations to drive the sketch, the number of cutouts can be changed using an equation in the equation editor. 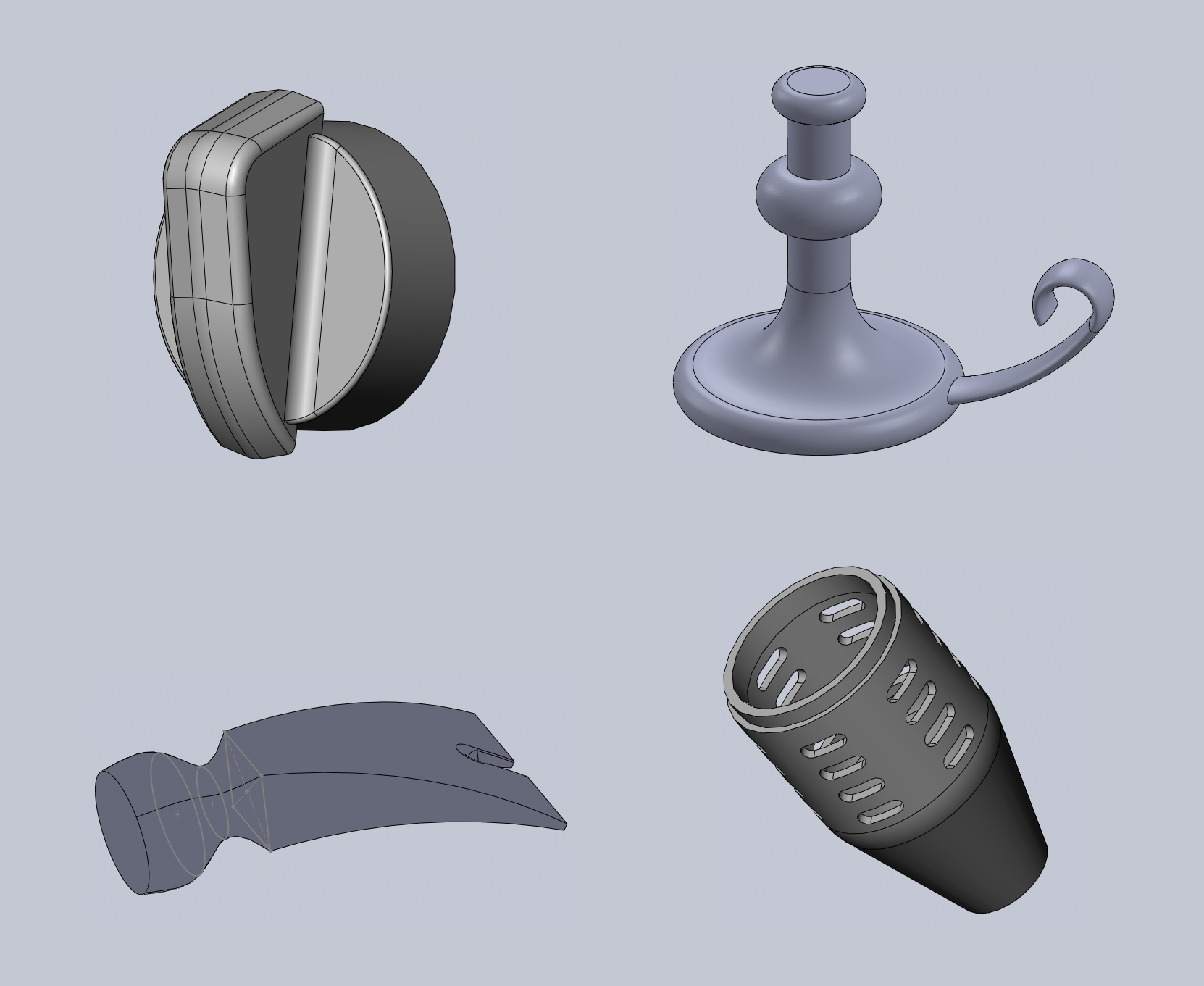 After walking through some of the tutorials to get comfortable I wanted a bit of challenge, so I looked around on my desk for something simple I could replicate. I have this little Bose speaker and I thought it would be a good challenge. I didn't get all the way through it, but I managed to replicate the base and the rubber feet before deciding I needed to get onto a real project. I really should finish it in the future, I think the stem would prove a good challenge with it's interesting angles.